If you’ve ever wondered who St, Catherine is and what it is we actually do on St. Catherine’s Day, keep on reading. An international day for fireworks, funny hats, and taffy, it’s worth having a look at what all the fuss is about every 25th of November. 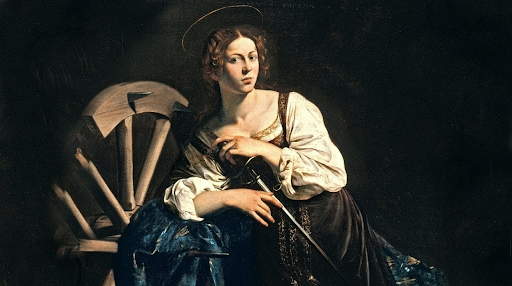 This secular holiday not only marks the arrival of winter in the Northern Hemisphere, but celebrates the martyrdom of St. Catherine of Alexandria. Daughter of the Alexandrian governor at the time of Maximian’s reign (286-305), the young Catherine was fiercely devoted to her scholarly pursuits. At 14, a vision of Mary and Jesus saw her embrace Christianity and begin converting others along the way.

When the next emperor, Maxentius, took over and began persecuting Christians she challenged him, winning multiple arguments with multiple ‘thinkers’ of the time. Frustrated by this, the emperor tried to reel her in by proposing to her! But Catherine refused the emperor’s marriage proposal, converting even more Christians with her arguments before she was imprisoned and sentenced to death.

This is where the fireworks come into play. See, the young Catherine, who was 18 at the time, made the emperor so angry she was sentenced to death on a spiked wheel, but apparently, the wheel shattered into little pieces when she touched it. Maxentius then decided that beheading her was the next best thing… While the spiked wheel part could be taken with a grain of salt, what is clear is the spinning Catherine Wheel firework was named after her and the method of torture she fatefully avoided. 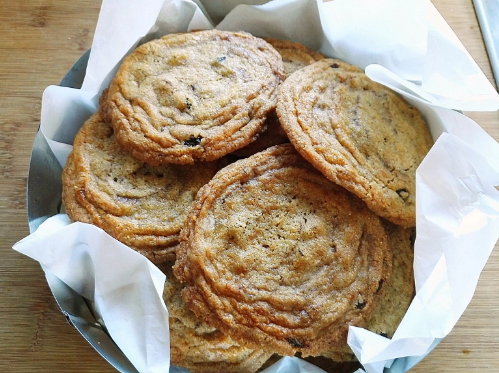 Consequently, Catherine of Alexandria was named as the patron saint of spinsters, spinners, lace makers, wood turners, and rope makers, which explains the Catterntide celebrations popular in the UK. Catterntide is the name given to St, Catherine’s Day and, dessert-wise, the Lacemaker Cattern Cakes that are basically cookies with dried raisins, ground almond, and caraway seeds. They can prove hard to find in Canada, but thank goodness for taffy! 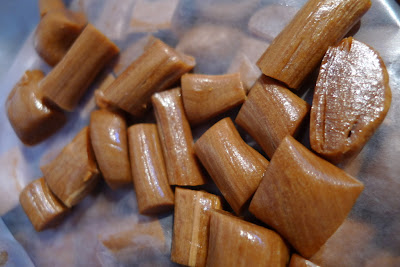 St. Catherine’s taffy is what Canadians would be more familiar with and luckily we can find chewy taffy in a variety of flavours all over this fine country. Here, St. Catherine is mostly referred to as the patron saint of unmarried women, particularly in French-Canada, where November 25th is sometimes called Taffy Day. Traditionally, it was a day young women would make taffy for all the eligible young bachelors, showing off their home economics skills! St. Marguerite Bourgeoys, a famous teacher when Montreal was still Ville-Marie, is credited with starting this Taffy Day tradition.

Similarly in France, this is the day Catherinettes, unwed women between 25-30, make special hats and pray to St. Catherine for husbands so they can avoid the spinster status. We admit this is old-fashioned, and prefer the parts of St. Catherine’s Day where we learn that Catherine visited Joan of Arc in visions, acting as a sort of counsel for the brave young woman! Whatever your gender and whatever your age, what a great excuse to enjoy the taffy!