Where to Find Great Cinnamon Crescents?

We’ve all heard of the cinnamon roll, but what about its cousin, the cinnamon crescent? This messy looking croissant acts as a mouth-watering nest for buttery cinnamon filling just waiting for you. If you’re looking for an excuse to sink your teeth into one, look no further: today is National Cinnamon Crescent Day!

While it’s not an official holiday, and the origins remain to be seen, you’ll be hard-pressed to find anyone complaining. They’re probably too busy enjoying a couple of cinnamon crescents! This baked treat is usually drizzled with a white glaze or icing and can be served for breakfast, or after school. Even dessert after dinner! We’ve seen the cinnamon crescent associated with holidays like Christmas and, cinnamon being a popular spice in Mexican cuisine, even Cinco de Mayo celebrations. Think hojarascas and wedding cookies. Also buñuelos and Nutella-dipped churros!

While you tuck into your flaky crescent roll, you may want to close your eyes and pretend you’re some sort of emperor or empress. After all, ancient nations referred to the cinnamon spice as being a gift fit for monarchs and deities. Don’t relax too much, though, as the spice was also used to embalm mummies in Ancient Egypt.

The spice was so sought after during the Middle Ages that many suppliers and traders kept its origins a secret. They created rumours instead of revealing the truth…One cinnamon rumour was that it was collected at the source of the Nile River.

Another, perpetuated by Roman naturalist, Pliny the Elder, tells the tale of cinnamon stolen from the nests of cinnamon birds. These mythical oversized birds would build giant nests out of cinnamon sticks on the side of hard to access cliffs. So the stories go, the cinnamon hungry Arabians would leave big cuts of oxen flesh nearby. This would entice the cinnamon birds to return to their nests with their meat. The catch? The meat would be too heavy for the nests, which would come crashing down in all their cinnamon glory! Certainly a creative way to collect cinnamon. Also a clever marketing plan and excuse to boost demand for the prized spice.

Thankfully, we don’t have to look far for the prized spice these days. We’re lucky to have easy access to it at almost any supermarket. What’s more, cinnamon is found in multiple baked goods and desserts. Not just the Mexican goodies we mentioned above. Take for example raisin bread, custard tarts, apple pies, plus cinnamon swirls or rolls. But of course today’s pick is the cinnamon crescent. A delightfully versatile snack, how many can you eat today? 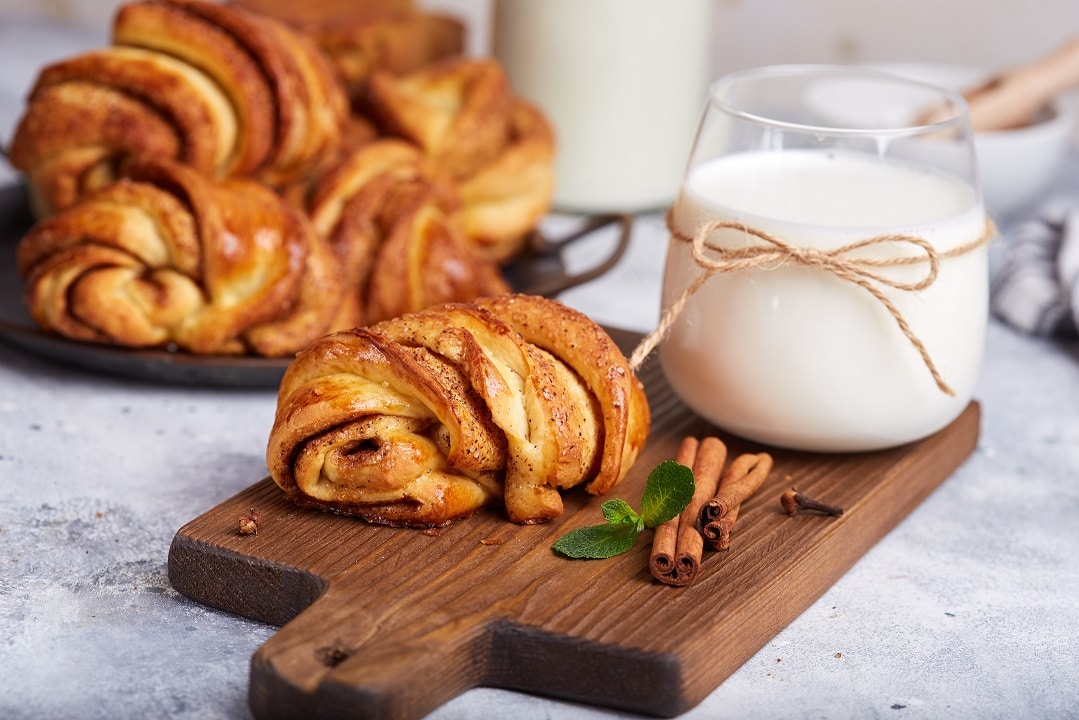