It’s Julia Child’s birthday today. So our duty as Dessert Advisor is to stop for a moment to remember the woman who told audiences everywhere, “a party without cake is really just a meeting.”


A well-regarded cooking teacher, author, and TV personality, Julia Child is responsible for educating North Americans on Mastering the Art of French Cooking in the early 1960s. She spent several years living in France and studying at Le Cordon Bleu, openly discussing her love for French cuisine with anyone and everyone who would listen. How can we celebrate her birthday today, though?

We figure the best way to honour Julia Child’s birthday is to return to her very first meal in France. She described the meal she ate at Rouen’s La Couronne in My Life in France as being, “absolute perfection. The most exciting meal of my life.” While she was mostly referring to sole meunière and wine (as there was no dessert consumed that day), we did have a quick look at their menu to see some of their current desserts on offer today. We managed to find gems like Genuine Vanilla Mille-feuille, Soufflé Normandy Style, and Thin Apple Tart among other options… Not wanting to hold up any of the festivities, we’ve decided to just focus on these three French favourites. We’re sure Julia would approve!

So let’s begin with the vanilla mille-feuille. Depending on where you are, people might refer to it as vanilla slice, custard slice, or Napoleon pastry. Typically it consists of three layers of puff pastry, and two layers of crème pâtissière or custard. The topping can be either white icing or a dusting of powdered sugar. Truthfully, you’ll need two hands to eat this delicate dessert that cracks and slides on top of itself.

Now let’s move along to the soufflé. This is an egg-based dessert that puffs out over the top of the individual ramekin it’s served in. While we couldn’t find the specifics, being Normandy style it’s a safe bet the version available at La Couronne has some sort of apple twist to it. This may be from an apple purée that flavours the soufflé, or perhaps an apple sauce that accompanies it when it’s ready to be served. Also, this dessert is a bit easier to eat, requiring just one spoon-wielding hand.

The soufflé might be a tricky one to procure from your favourite bakery or patisserie. But a version of the thin apple tart is a different story. These are almost always available in one way, shape, or form wherever you go searching. A classic French dessert, it’s essentially the elegant, open-topped answer to the apple pie with its spiraling fan of thin apple slices. What could be prettier than an apple tart served with fresh cream?

Unfortunately, we’re at the end now. We’ve only discussed three dessert suggestions to help you celebrate Julia’s birthday. But please don’t feel limited to this list. There really are no dessert rules today. You can eat a slice of chocolate cake if you’d like, or you can have a big hot fudge sundae. What’s stopping you from building a pancake skyscraper and drizzling it with half a pint of maple syrup? As long as there’s lots of butter and cream, we’re sure Julia Child would be happy. 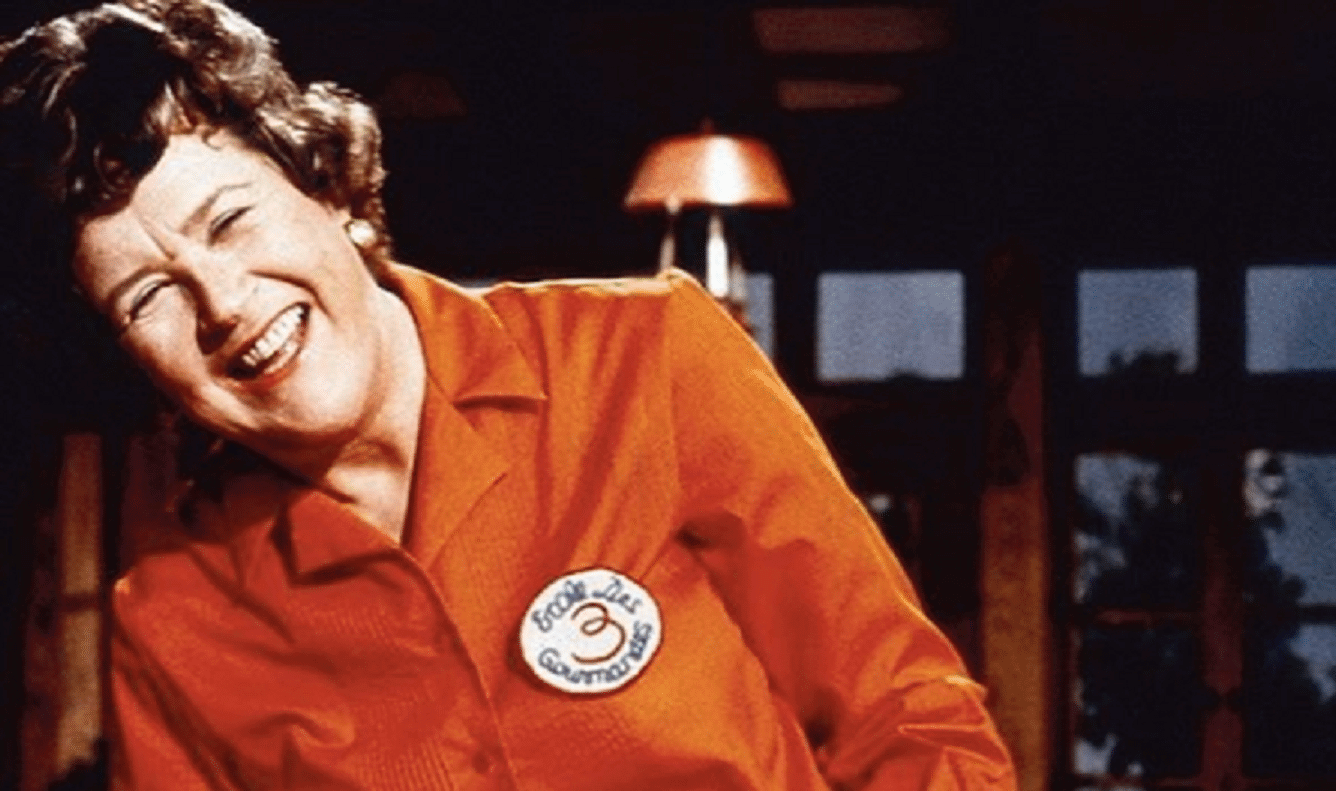