Campfire Dessert for the Perfect Evening

Every August we stoke the fire and get ready for a campfire dessert; marshmallows, chocolate, and graham crackers. S’mores are an essential ingredient when it comes to a complete camping experience, just ask any Girl Scout. But is there a right way to make them? And what exactly is “s’mores” short for?

S’mores first came about in the mid-70s as a contraction of what a young kid with a mouth full of marshmallow sandwich might say to their parents when almost ready for “some more” of the campfire dessert. And while we know what the ingredients are, what about the assembly of your s’mores? And if you don’t have a campfire handy, can you really prepare them in the kitchen?

The answer is yes. There’s nothing stopping a person from preparing soulless versions of s’mores indoors using broilers and blowtorches. But if you want to do it properly, the best way is to make your little dessert sandwich outside over a real fire. After getting a fire going and finding the ideal marshmallow-extension-stick, you attach your puffy friend. Then, begin roasting the marshmallow until it begins to brown. Next, you break the graham cracker in half, squish the chocolate bar/chocolate chunk (of your choice, generally 15-30g) with the marshmallow between the crackers. There’s no right or wrong chocolate, but there is a hot marshmallow warning!

The Origin of S’mores

The first s’mores recipe was delivered to the young Girl Scouts in the mid-20s in their handbook, Tramping and Trailing With the Girl Scouts. At the time the snack was called “Some Mores.” The idea of including it in the booklet makes sense. After all, the organization’s goal is to ultimately prepare young people to grow into active citizens with practical life skills… Without the ability to correctly assemble the classic S’mores, how else could a person be expected to make variations to s’mores with candied bacon, peanut butter, salted caramel, or even Nutella dipped pretzels?

The popularity of s’mores means it’s not uncommon to find manufacturers launching their own versions to sweet-toothed fans. Many take the forms of S’mores Pop-Tarts, one of many S’mores ice-creams, and even cereals like the discontinued S’mores Grahams. Also known as S’mores Crunch, it had one of the cutest cereal mascots ever. This mascot, the S’morcerer, is complete with a purple hat and robe. He would help kids on safari being chased by lions, or kids whose sailboat had been struck by lightning. His solution: a bowl of S’mores Crunch!

Before we leave you to collect some firewood for a campfire dessert on National S’mores Day, here’s an example of one of the great ads from the 80s. 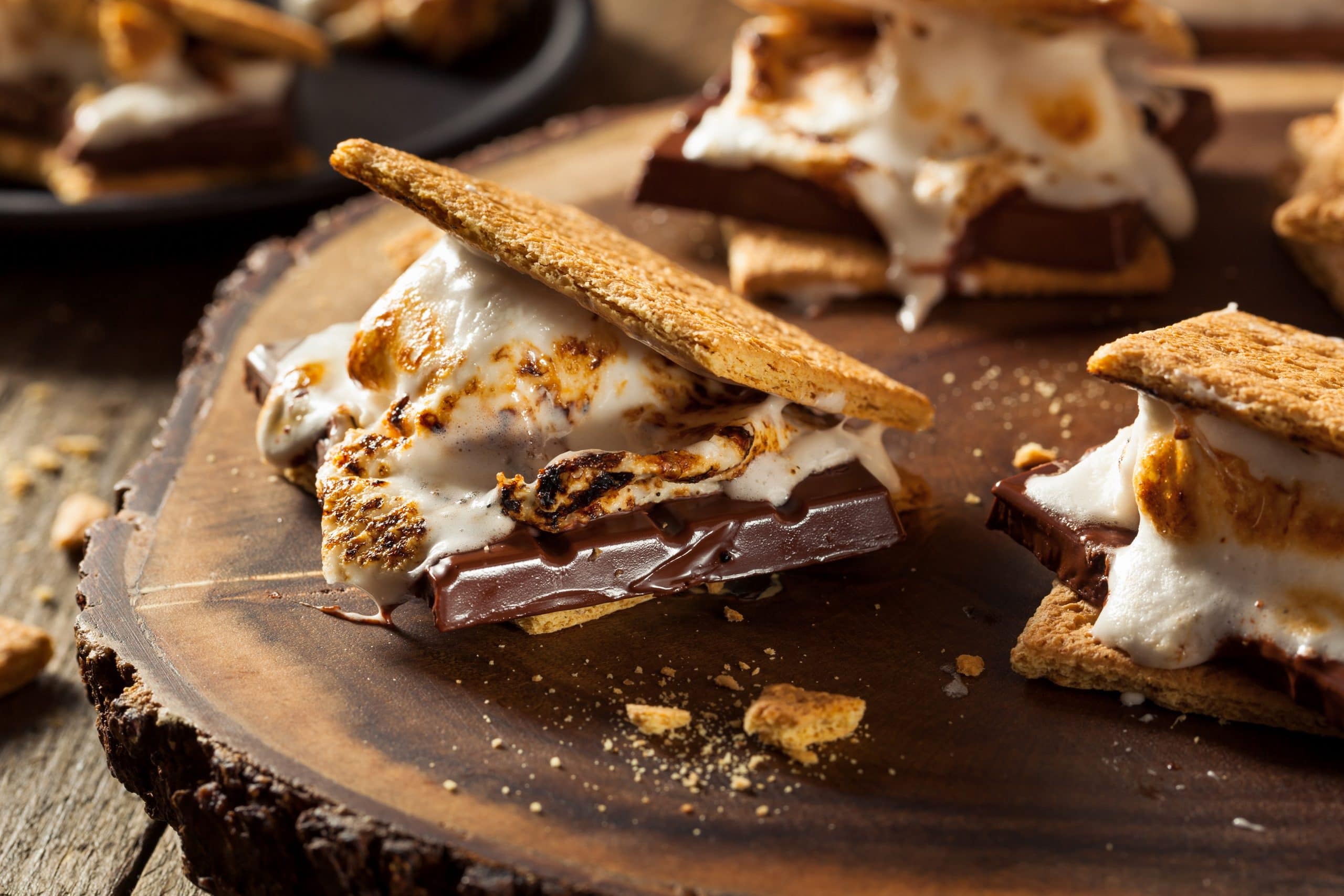