The food contributions shared by the people of Greece are countless. In the savoury realm, we can be thankful for the likes of souvlaki, moussaka, gyros, and feta. For sweets, we cannot pass up their honey macaroons, melomakarona, galaktoboureko. And let’s not forget the legendary phyllo layers with nuts and honey, baklava! But there’s another dessert they’ve given to us, one you may not associate with the creators of the Olympics… It’s cheesecake! Let’s talk about the cheesecake origins.

There’s evidence of the existence of cheesecake in Greece as far back as the 5th century BC. But it wasn’t until the Italians became involved in the 1700s that it really came to resemble the sweet we know it as today. They made cheesecakes more dessert-like as they stopped adding yeast to the mix, instead replacing yeast with beaten eggs as the cake’s base.

One modern variation was born in North America thanks to the creation of cream cheese in the late 1800s. The new cheesecake was a more dense and creamier version than those found with the more the traditional ricotta cheese. This new style, known as New York Baked, remains to be a popular version today and, much like alternative cheese versions, can be served plain, with fillings, or dressed with toppings.

As it is April 23, we’d be remiss if we didn’t mention National Cherry Cheesecake Day. Who doesn’t love the look and flavour of this winning combination?

Interestingly, to turn the microscope on cherries involves us returning to the birthplace and the cheesecake origins. The English word ‘cherry’ can be traced back to an ancient Greek region where the fruits were first cultivated. Normally a tree that is difficult to grow and keep alive, they were then exported to other temperate parts of Europe, the Americas, and Asia where they can still be found to this day, thus making cherries a viable cheesecake addition regardless of where you live in the world.

The cheesecake origins are interesting, are they not? So why not tip your hat to Greece and all the culinary goodies they’ve provided us while chowing down on a delicious cherry cheesecake today. 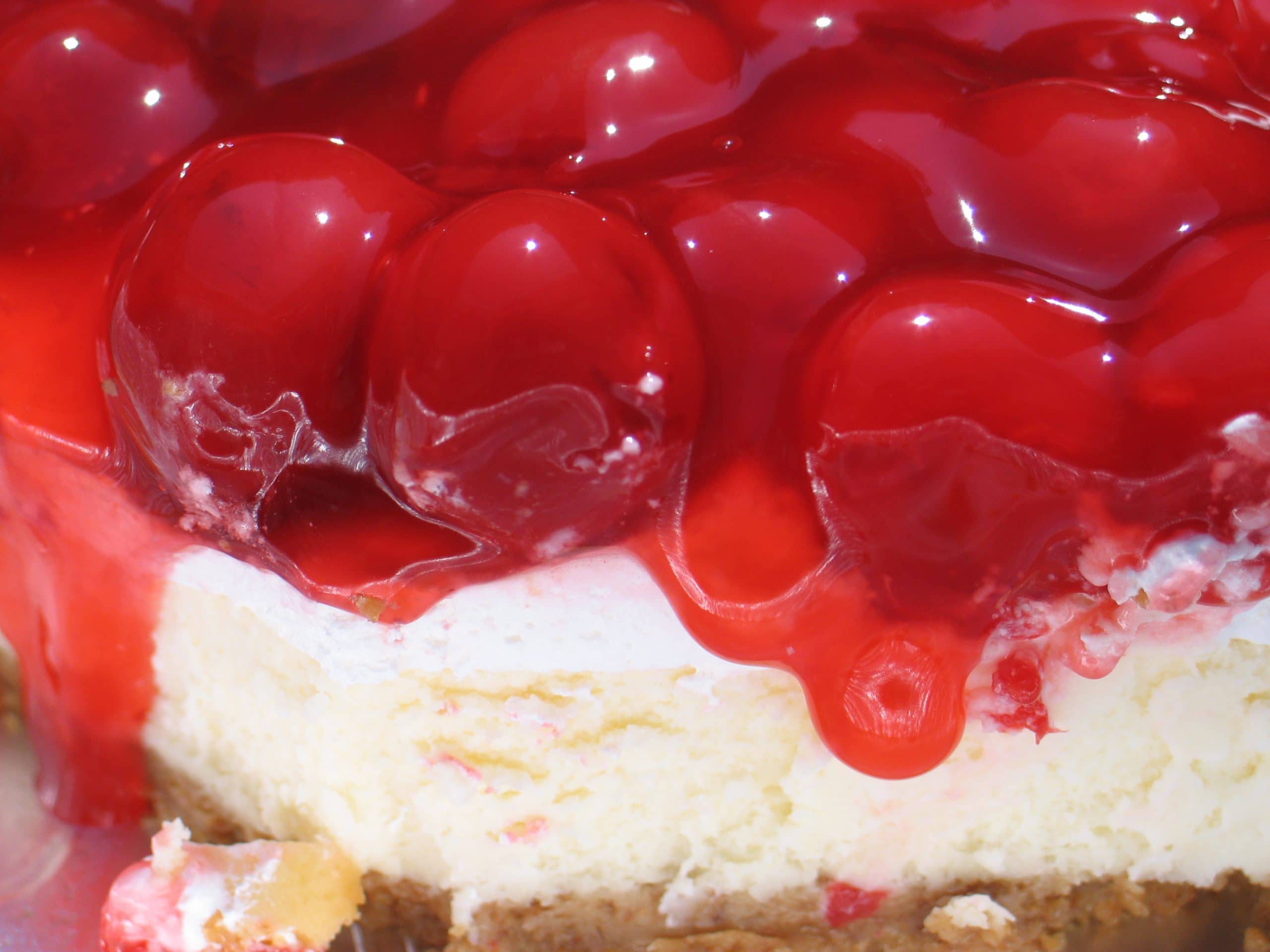